You must log in to edit PetroWiki. Content of PetroWiki is intended for personal use only and to supplement, not replace, engineering judgment. SPE disclaims any and all liability for your use of such content. 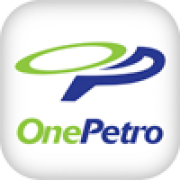 Challenges, and Industry Firsts," by WIOs became owners in the Total S.A.- operated Canyon Express Project.Introduction APRIL 2004 47 team managed the entire project, includingdata, so that a comprehensive model couldits first customer. Thebe built to determine the best way to produceExpress flowlines run approximately 50 ft. August 2000, defined the main commercialas shown in Figure 1. It was, therefore, agreed that the Canyonprinciples and the way the systemmethanol-recovery system. Express Project Team, operated by Total,would be built, operated, and shared.A main umbilical and a 2 7 /8-in.

The paper presents an overview of the Canyon Express project, with the "industry firsts" and some of the pitfalls encountered in project execution. The project is the first of a new kind of joint development that allows otherwise un-economic fields to be developed profitably, thanks to subsea multiphase metering and unprecedented cooperation between field owners. The paper then describes how the business challenges were met to create a novel business structure between the owners of the three fields that participate in the Canyon Express development.

Introduction:
By Fall of 1999, three neighboring and moderate size gas discoveries had been made in water depths up to 7200 ft. in the Mississippi and Desoto Canyon areas of the US Gulf of Mexico, located approximately 150 miles southeast of New Orleans.

These discoveries are owned by different joint ventures, operated by TotalFinaElf, BP and Marathon respectively for the Aconcagua, King's Peak and Camden Hills fields. The two remaining Working Interest Owners are Nippon with ownership in Aconcagua and Pioneer Natural Resources with ownership in Aconcagua and Camden Hills. All five Working Interest Owners (WIOs) became owners in the TotalFinaElf operated Canyon Express (CE).

The size of the fields did not justify stand-alone development, in view of the water depth and the distance of some 50 miles to existing facilities. If combined in one development, however, the sharing of costs and risks while combining the reserves of the three fields would allow favorable overall project economics. The success of the Project then became dependent on each component (Individually operated Fields, Shared Canyon Express subsea infrastructure and third party Canyon Station production processing) being incorporated physically and commercially into one venture, which has become known as the Canyon Express Project. Major challenges of the Project were:

Agreement on a novel business structure to share in a subsea system infrastructure (common flowline and control system), while field Operators retained risk and responsibility for the wells

The need for deepwater multiphase wet gas metering for fiscal allocation, because of subsea commingling

The technical challenges of installing and operating a long tieback in world record water depth of 7200 ft.

The coordination and system integration of a third-party processing facility for Canyon Express production.